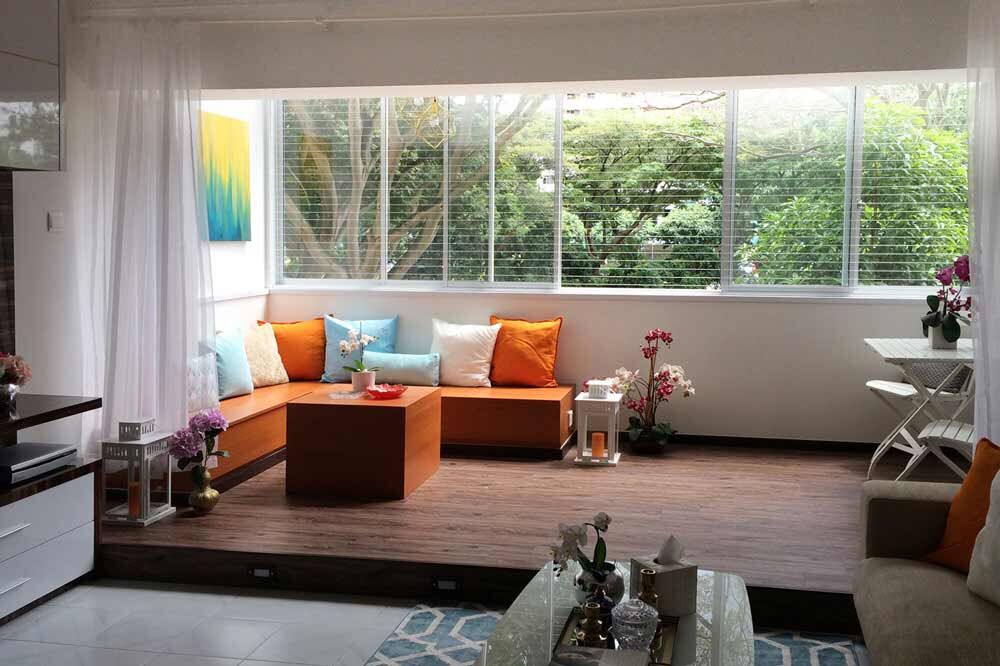 If you’re in the market for window grille options, you might have come across the term ‘invisible grilles’. Technically, they aren’t really invisible. But you will have to look closely to see the fine, thin wires running across.

Serving mainly as a window safety feature, their surging popularity in Singapore stems mainly from the fact that you won’t need to sacrifice your view for safety. We spoke to TS Chung, owner of CSA Group, one of the leading brands of invisible grilles in Singapore, to find out why they make such a great option for your home:

1. Invisible grilles won’t rust (but only if you get the right ones)

2. Choose whether you want them fixed in place or moveable

Fixed invisible grilles are fixed in place and cannot be moved

Mounted onto the wall using cables, fixed invisible grilles, as their name suggests, cannot be moved after installation. They are usually used for balconies without existing window structures or in homes where additional structures cannot be installed like in certain condominiums. Do note that you will need a solid concrete wall to install fixed ones. They cannot be installed on fake walls or walls made from materials not as sturdy like wood for instance.

However, if you still prefer fixed grilles but don’t have a concrete wall to mount them on, CSA Group offers frame fixed invisible grilles which come with an additional frame structure.

Casement window grilles that can be moved with your windows

Casement or sliding invisible grilles are installed on a casement window or a sliding window (or door!), which allows you to open your windows normally without any restriction. Because they require additional structures to fix them in place during installation, they tend to make your windows appear bulkier. However, it’s a popular choice for homeowners who want or require their windows to be accessible, such as in the case of older HDB flats, where the air-conditioning compressor is located just outside the bedroom window.

Invisible grilles also cannot be cut using ordinary scissors. So for folks with young children, there is no need to worry about your tykes cutting through the grilles during an unsupervised crafting session.

The grilles can however be cut using a wire cutter, so be aware that invisible grilles shouldn’t be used for deterring whoever’s outside from coming in e.g. burglars, but rather to keep the occupants inside the home safe.

4. Have kids? Got pets? There are a variety of installation options for different needs

Invisible grilles arranged vertically in a condominium in Singapore

You can also choose to arrange the wires vertically or horizontally. Here’s a tip: Go vertical if you’re planning to install them on balconies or on long and narrow windows and horizontal if you have wider and broader openings.

5. It’s not just for windows, invisible grilles can be used as a design feature too

Other than using invisible grilles as a safety feature on windows, they can also be used as a design feature. Homeowners in Singapore have used them as a feature wall or even as an indoor planter!

Going invisible for your grilles? Get in touch with HomeFix & More (Hotline: +65 8181 1122) for more information on CSA Group’s invisible grilles today.