Anti-pandemic technology: what is medical grade photocatalyst? (I) 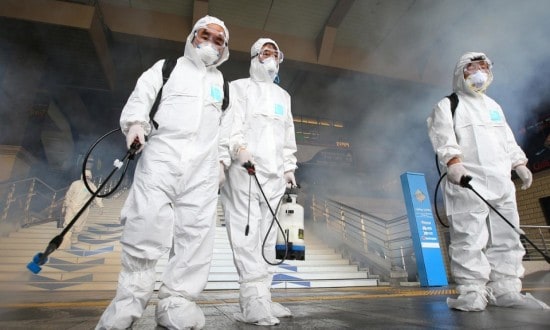 In the outbreak of Coronavirus, people are worried and are looking for ways to kill the virus. “Photocatalyst” products have therefore become the hot searches nowadays. What is photocatalyst? As an effective method to remove formaldehyde, why can it be used for disinfection? Is it useful?

Photocatalyst is also called photocatalysis. It is a widely recognized catalyst technology. The substance will induce chemical reactions after absorbing the energy of light. After spraying or casting the photocatalyst, the surface of the coating will oxidize organic compounds, bacteria, and viruses, thereby accelerating the decomposition of harmful substances.

Are photocatalysts only useful under sunlight?

Photocatalyst technology appeared as early as seven or eight years ago. Its main material is titanium dioxide, but the titanium dioxide used at that time can only play a catalytic role in light with a wavelength shorter than 380nm, that is, ultraviolet light level. However, in recent years, with the development of technology, the new version of “medical grade” photocatalyst no longer needs to rely on ultraviolet rays and has produced chemical effects under ordinary lights (that is, visible light).

Some medical grade photocatalyst products are tested against SARS virus. Experiments were conducted by different authoritative microbiology laboratories throughout Asia, proving that 99.99% of SARS virus can be killed under household light tube irradiation. Medical grade photocatalyst is also effective in killing other viruses such as Staphylococcus aureus, E. coli and general influenza.

Effect of photocatalyst: can remove formaldehyde and disinfect

Medical grade photocatalysts have been certified for:

How long can the photocatalyst last?

Medical grade photocatalyst itself will not be consumed and can continue to drive the response. So, it can be permanently effective, but most companies will claim that it is valid for five to several months. This is because the coating will wear with cleaning. Without the protective film, there is no disinfection effect. At the same time, there must be enough titanium dioxide to effectively decompose organic matter. Therefore, when choosing a photocatalyst, the concentration of titanium dioxide and the bonding ability are the things we need to pay attention to.

I will continue to share more medical grade photocatalyst information with you, including understanding the adhesion of photocatalysts, comparison of construction methods, etc in the coming articles. Don’t miss it!